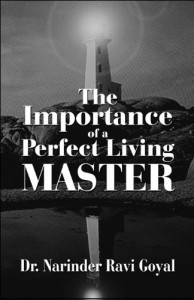 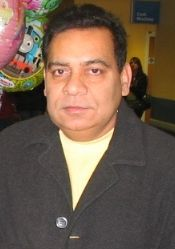 Dr. Narinder Ravi Goyal was born in Barnala, India in 1954. He  completed his B.A. with Honors in  Political Science at the S.D. College  in Barnala. He then joined the Punjabi University in Patiala, where  he  completed his Masters degree in Philosophy, Master of Literature  degree in Religious Studies and  his Ph.D. degree in Comparative  Religion. He taught in Government Colleges in Punjab like  Government College for Women in Ludhiana, Government College for  Women in Amritsar,  Government College in Mukthsar, and  Government College in Kotkapura until 1987. After this, he  came with  his wife and two young daughters to Toronto, Canada, where he  became a permanent  citizen and opened up various furniture stores in  the GTA. At the age of 53, he retired, and has begun  writing books,  religious and political newspaper articles in Canada. His current goal is  to produce two  Punjabi books Kathputli (puppet) and Seva & Simran.